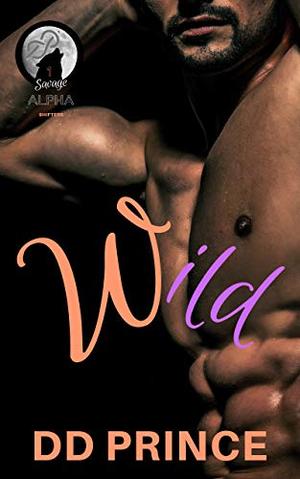 Tyson Savage is even wilder as a man than he is as a wolf!

This paranormal shifter romance has biting, knotting, and a protective and possessive wolf shifter who catches the scent of his fated mate and decides nothing is going to stop him from making her his.

Ivy’s weekend misadventure in the sticks goes from bad to worse when she hits an animal with her car and winds up in a ditch. One minute, she’s faced with a giant black wolf and the next, he’s transformed into a naked man before her eyes. And he insists – she's coming home with him.

Tyson hasn't been in man form for years, for very specific reasons. Instead, he’s chosen to stay a wolf, deep in the forest. He didn't grow up with his pack and he doesn't have a solid understanding of human or shifter nature. All he knows is Ivy is meant to be his.


This is a DD Prince book, which means you get a BIG book (nearly 500 pages) with lots of kindle-melting sexy times, some laugh-out-loud moments, some angst, and a whole lot of feels.

This isn’t one of DD’s typical dark romances, there’s mostly light here, but it does have some darker subject matter. If you’re not a dark romance lover or are sensitive to triggers, this might not be your thing.
more
Amazon Other stores
Bookmark Rate Book

All books by D.D. Prince  ❯