Get It Right (Love at Knockdown #1) 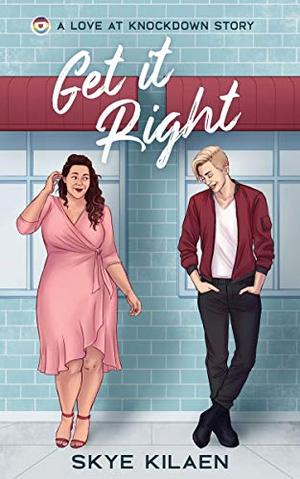 A butch lesbian parolee. The pretty pansexual nurse who got away. Is this their second chance at a happily ever after?

Finn is finally out of prison, which is great. Having no job, no car, and no place to sleep except her cousin’s couch? Not so great. Plus, her felony theft conviction isn’t doing wonders for her employment prospects, so she can’t afford her migraine meds without the public clinic.

The last thing she ever expected was for the gal who stole her heart to come walking down that clinic’s hallway: Vivi, the manicure-loving nurse who spent two years fighting the prison system to get proper medical care for her patients, including Finn.

Finn could never believe she imagined the attraction and affection between them. But acting on that in prison, especially as nurse and patient, had been a serious No Way. She’s had eight months to get over Vivi, who abruptly left her job without saying goodbye. Finn is over it. Honest! It’s totally and completely fine.

Except Vivi, here and now, doesn’t seem fine. And Finn couldn’t live with herself if she didn’t try to help.

Is fate offering Finn a second chance? Or is finding love as likely as finding a job with health insurance?

An f/f contemporary romance novella with a guaranteed HEA.

The 'Love at Knockdown' series

Similar books to 'Get It Right'

Buy 'Get It Right' from the following stores: