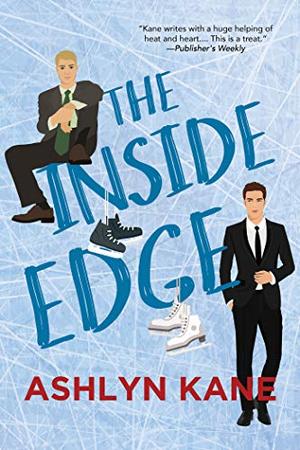 What does a work-life balance look like to recently retired professional athletes?

Ex-hockey player Nate Overton is trying to find out, but dipping his toes in the gay dating scene post-divorce is a daunting prospect even without the news that his show is on thin ice. Before he can tackle either issue, he skates headfirst into another problem—his new cohost. Former figure skater Aubrey Chase is the embodiment of a spoiled rich playboy. He’s also flamboyant, sharp, and hot as sin.

Aubrey knows how important it is to get off on the right foot. He’s just not very good at it outside the rink. Having spent his life desperate for attention, he’ll do anything to get it—even the wrong kind.

For Nate and Aubrey, opposites don’t so much attract as collide at center ice. But while Nate’s everything Aubrey has scrupulously avoided—until now—Aubrey falls suddenly head over heels, and Nate’s only looking for a rebound fling. Can Aubrey convince Nate to risk his heart again, or will their unexpected connection be checked at the first sign of trouble?
more
Amazon Other stores
Bookmark  Rate:

'The Inside Edge' is tagged as:

Similar books to 'The Inside Edge'

Buy 'The Inside Edge' from the following stores: