Her Christmas Baker: A Clean, Holiday Romance (The Gingerbread Inn #2) 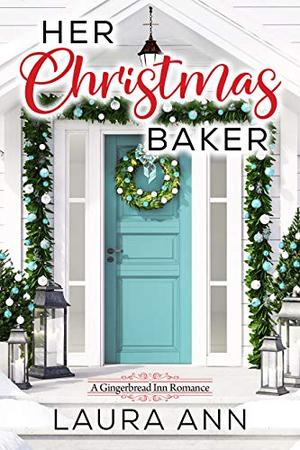 She wants nothing more than to prove her place in the kitchen,
but when she a thief upsets her plans, help comes from an unlikely source...

Emory Mason is out to prove herself. Going to culinary school was everything she hoped it would be, but now she works under a chef who doesn't appreciate her skills or creativity. When her grandmother sends out a call for help over the holidays, Emory decides this is the chance she needs to prove that she can make it in this career by winning the Gingerbread Contest that her family has dominated for the last decade.

Antony Harrison grew up at his mother's elbow in the kitchen. Taking a leap of faith, he opens a bakery on a small coastal town and bakes to his heart's desire. When the locals aren't as welcoming as he'd hoped, he turns his eye to the annual Gingerbread contest. Surely if he wins such a coveted award, the people of Seagull Cove will open their arms to his business.

These two competitors find themselves at odds with each other until a thief gives them a common goal. Can they set aside their competitive spirits in order to catch the criminal or will the lure of winning keep them apart?

Her Christmas Baker is the second installment of The Gingerbread Inn holiday romance series. If you enjoy spunky heroines, strong heroes, and mistletoe kisses, then this series if for you!

While each story can stand alone, I recommend reading them in order for maximum enjoyment and to avoid spoilers:
Her Christmas Handyman
Her Christmas Baker
Her Christmas Detective
more
Amazon Other stores
Bookmark Rate Book

The 'The Gingerbread Inn' series

Similar books to 'Her Christmas Baker: A Clean, Holiday Romance'

All books by Laura Ann  ❯

Buy 'Her Christmas Baker: A Clean, Holiday Romance' from the following stores: