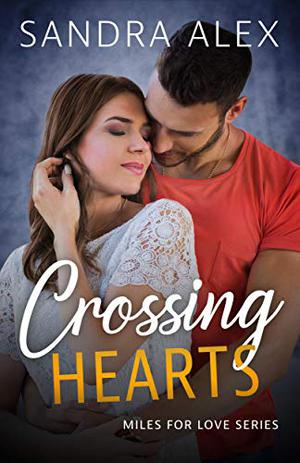 The wrong husband. The right lie. The serendipitous attack. The second chance that’s always been there.

Ripley Baker has many loves: her teaching job, her large family; namely her brothers, who love everything about her, except for one thing: her husband. After a brief encounter one night, Ripley starts seeing things through her brother’s eyes, but she chooses to blind herself, until it’s almost too late.

Tyler Lynch is hard-working, intelligent and ex-military. Nobody messes with a Lynch kid. There aren’t too many deal breakers with him, but when a girlfriend crosses the line, he calls her on it, and he ends up swearing off women for good. When he meets Ripley, he makes a snap decision, and ends up sticking his foot in his mouth, setting off a veritable time bomb.

When the two develop a trustworthy friendship, Tyler realizes that something sets Ripley apart from other women, yet she doesn’t know the truth about him…yet. The truth accidentally slips out and Ripley runs. She doesn’t get far, but far enough that he could lose her for good. Can Tyler get to Ripley before her demons do?

This is a deep love story that deals with strong subject matter. It’s about learning to live with a difficult marriage, making challenging decisions in the worst of times, and coping with reality, instead of running when the going gets tough. Aptly titled ‘Crossing Hearts’, this story will melt yours. Pick up your copy today!
more
Amazon Other stores
Bookmark Rate Book

The 'Miles for Love' series

All books by Sandra Alex  ❯