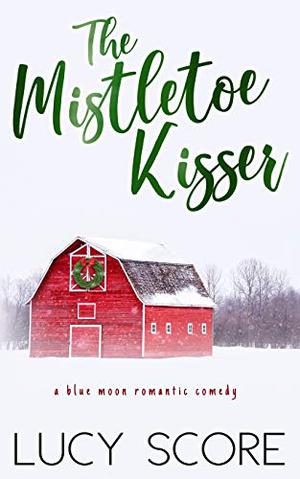 Ryan Sosa, grumpy former corporate accountant, has had it up to here with surprises. He didn’t see getting fired coming. And he certainly didn’t anticipate flying across the country to the world’s hippie-est, happiest, most annoying town to save his great-uncle from some mysterious emergency.

Not only is there actual snow on the ground, it also appears that elves on psychedelics have decked Blue Moon’s halls. But he doesn’t have time to be snarky about the impending Winter Solstice and Multicultural Holiday Celebration—whatever the hell that is. Not when he’s got a farm to save, a free-range sheep that he may or may not have nudged with his stupid microscopic rental car, and some small-town veterinarian telling him she can’t take the animal off his hands.

Dr. Sammy Ames has a practice to manage and a fundraising crisis to attend to. She doesn’t have time to deal with a big-city grouch who doesn’t remember being her first kiss ever. Especially not since he wants to dump a sheep named Stan on her. So not happening. No matter how cute—and pantless—Ryan is when he’s drunk.

Besides, as soon as he solves his uncle’s problem, he’ll be on the first flight out of Blue Moon, never to return again.

It will take a Winter Solstice Miracle or perhaps some matchmaking interference from the Beautification Committee to get these two to see eye-to-eye under the mistletoe…unless he’s the wrong Ryan after all.
more
Amazon Other stores
Bookmark Rate Book

Buy 'The Mistletoe Kisser: A Small Town Love Story' from the following stores: