Bailed Out (The Anna Albertini Files #2) 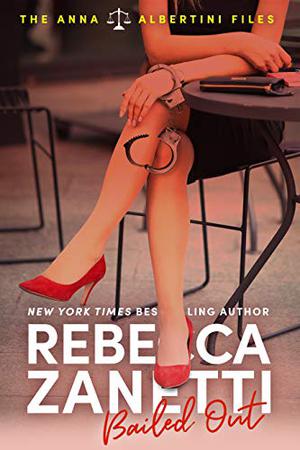 The Past Never Stays Buried

Anna Albertini is settling into a routine while ignoring the fact that the blue-eyed Irishman she’d allowed into her bed has up and disappeared on her. Two weeks without a phone call is no big deal, but still. With her hottie Italian boss goofing up the prosecuting attorney’s office, she at least has something to fix. Until she appears in court, across from her sister Tessa’s dirtbag ex. Then she has a mission.

Unfortunately, Anna isn’t the only person who wants the ex put behind bars…or in the ground. Which is not a problem until she and a local cop find the ex-boyfriend deader than dead…with both her sister and Aiden standing over the body.

As a prosecuting attorney, it’s Anna’s job to build a case against Tessa and Aiden. As a sister, it’s SO her job to get Tess out of this mess. As Aiden’s…what? Lover—girlfriend—friend from the past—it’s Anna’s job to figure out who the heck he really is. She has to dig out the truth, regardless of her ambitious boss or the cranky cop trying to thwart her every move. Sometimes a woman has to take matters into her own hands, regardless of the consequences.
more
Amazon Other stores
Bookmark Rate Book

The 'The Anna Albertini Files' series

Similar books to 'Bailed Out'

Buy 'Bailed Out' from the following stores: