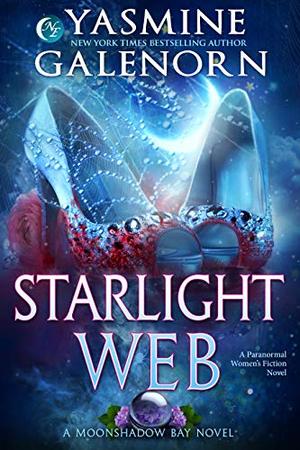 Moonshadow Bay…where magic lurks in the moonlight, and danger hides in the shadows.

One month before January Jaxson turns 41, her husband ditches her for a trophy wife. Adding insult to injury, he steals the business she helped build, and kicks her out during the holidays. So when her best friend Ari suggests she move back to Moonshadow Bay—a quirky, magical town near Bellingham WA—January decides to take the plunge.

Born into a family of witches, January accepts a job at Conjure Ink, a paranormal investigations website. The job’s right up her alley but she doubts that everything reported to Conjure Ink really exists. That is, until she’s sent out on her first case.

An abandoned asylum once housed a murderer, who killed an entire family one Yuletide Eve. It’s rumored that every December he returns to haunt the woodland around the asylum, seeking to add new members to his supernatural family. January’s sure it’s an urban legend, but when new victims show up with no logical explanation for their deaths, Conjure Ink sends her in to investigate. Suddenly January finds herself in over her head, staring directly into the shadowed world of the Veil.

Now, January must not only navigate the new life she’s trying to build, but the paranormal beasties she’s sent out to explore, as well as a hot new neighbor, who seems to be hiding a shadowed past of his own.