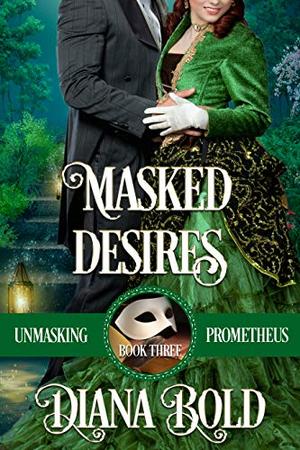 The last of the Strathmore brothers, Morgan, who lost his wife at the hands of the Earl of Winters, retreats into his art where he once found solace. But when the masked vigilante, Prometheus, returns to prowl the darkest corners of the East End, Morgan discovers that neither of his brothers is behind the mask. Perplexed by this new Prometheus and determined to get to the bottom of this mystery, his search for the daring imposter leads him to Fiona Bohannan, who runs the orphanage where Prometheus takes the rescued children. Fiona won’t reveal Prometheus’s identity, but Morgan finds purpose in helping Fiona and the children.

By day, Fiona is the caring headmistress of the orphanage. By night, she secretly dons the mask and cape to continue the work of Prometheus. Dodging Morgan's questions, she tells him so many lies that it soon becomes impossible to tell him the truth. As the sparks fly between them, she continues to play her dangerous game in order to rescue innocent children from a terrible fate. But when she is captured, déjà vu rears its ugly head. Will Morgan lose the new love of his life as well, or will the Strathmore brothers band together to defeat the evil Earl of Winters, once and for all?
more
Amazon Other stores
Bookmark Rate Book