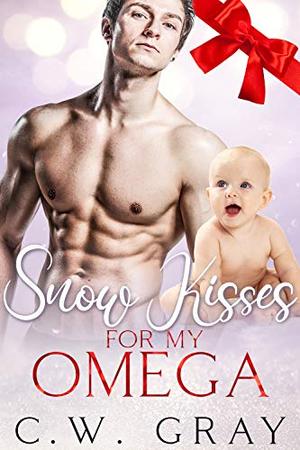 Greyson Bishop is a hot mess. He's pregnant, and his alpha dumped him. His boss is stealing his work and claiming it as his own. His roommate is abusive, and his landlord just gave him a week to move out. Most importantly, he's in love with a man that's way out of his league. He needs to get his shit together so he can be a good father and maybe, just maybe, catch the alpha of his dreams.

Harper Wilson has his shit together, but desperately wants the omega he's fallen in love with. Grey knows Harper is a demisexual and accepts him, lock, stock, and barrel. All he needs to do is figure out how to get his omega out of Florida and into Harper's home in Maine.

The two men are meant for each other, but vile exes and lying bosses do their best to ruin the happily-ever-after Grey and Harper deserve.

Author's Note: 30,000+ words. This is a m/m, non-shifter, mpreg love story with no angst and no cheating, just a HEA. There are a few potty mouths, so beware. 18+ readers only, please. It is the second book in the series but can be read as a stand alone.
more
Bookmark Rate Book
Amazon Other stores

Similar books to 'Snow Kisses for my Omega'

More books like 'Snow Kisses for my Omega'   ❯

Buy 'Snow Kisses for my Omega' from the following stores: