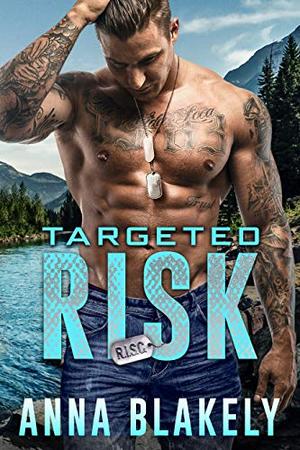 HE'LL TRUDGE THROUGH THE DEPTHS OF HELL JUST TO KEEP HER SAFE.

Returning to the dangerous world of deep cover is the last thing Mike Bradshaw—former Delta Force operator and newest member of R.I.S.C.’s Alpha Team—wants to do. But just when he thinks he’s finished with covert life for good, Mike discovers the woman he left behind—the woman he still loves—is in danger. Determined to protect her, he must once again become the man Juliet believes him to be. A man who doesn’t really exist.

Trust doesn’t come easy for Juliet. Having a father in the Russian mob could do that to a girl. Then she meets Mike—the mysterious, tattooed man sent to protect her. Before long, lines are crossed and the love Juliet never thought existed is found…until the life she’d built for herself is suddenly ripped from her hands, and Mike disappears without a trace.


When Mike unexpectedly waltzes back into Juliet’s life nearly two years later, neither can deny the same magnetic pull that first drew them together. Soon, however, their newly formed trust is put to the ultimate test when secrets are revealed and hearts are broken. Even worse, someone still wants Juliet dead.

Determined to save the woman he loves, Mike will stop at nothing to get the target off Juliet’s back. After all, he’s the one who put it there.


*Targeted Risk is a full-length romantic suspense novel that can be read as a standalone or part of the series.
more
Amazon Other stores
Bookmark Rate Book

All books by Anna Blakely  ❯