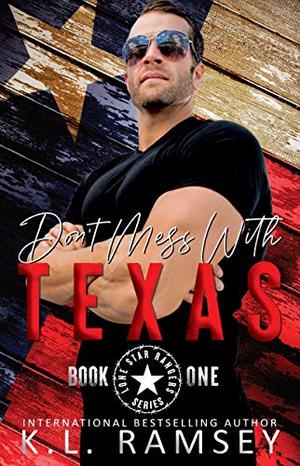 Anders Justin Taylor III-yeah, that name was a lot to live up to especially when you grew up on the wrong side of the tracks. Anders fought like hell to become something new-someone new and he'd done a damn good job of it. He was an FBI agent with his own kick-ass team. He fought for people who couldn't fight for themselves but that didn't leave time for much of a love life-or any love life for that matter. When his best friend, Whiskey, insisted that he go on a blind date, Anders had no good reason to tell him no. Being set up with his high school crush was a low blow, even for Whiskey, but damn, Texas Holloway was still his walking wet dream. Running into her past at the local grocery store was just her bad luck. But when Whiskey and his hot new wife insisted that Texas let them set her up on a blind date, she couldn't come up with a reason to say no. And why would she want to, really? They wanted to set her up with Anders Taylor from high school and God, she had such a crush on him back in the day. Going on a blind date with Anders would be a dream come true and she wouldn't say no to her shot with him. No-she'd go to dinner with Anders and hopefully, Texas would be able to convince him to have breakfast with her too.Don't Mess With Texas is the first book of the Lone Star Rangers series by K.L. Ramsey. This series is a spin-off from Whiskey Tango (Royal Bastards MC Book 2).
more
Amazon Other stores
Bookmark Rate Book

All books by K.L. Ramsey  ❯