When The Stars Align (The Archer Inn #3) 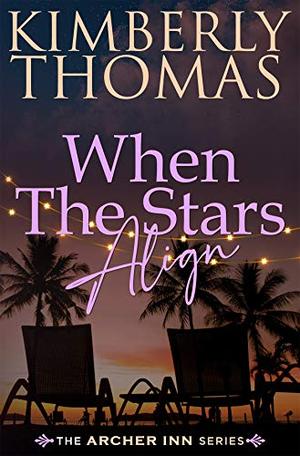 A woman on the run from an abusive husband returns to the island she abandoned over twenty years ago.

Amy Archer Ashwood is the younger sister of Holly and Rina Archer and twin sister to Randy. Like her siblings, she has little, if anything, to do with the Archer House where they grew up these days. After waiting till thirty and never meeting Mr. Right, she fell into a runaway marriage and drifted further and further away from her family.

And she turned her back on them for good when the abuse started.

She couldn’t face anyone she knew after that. She was embarrassed. She was frightened. And her husband had told her if she ever left him, he would make her pay.

But all of that changes now.

Holly Archer holds a seventieth birthday party for their mother, Nellie—and it’s the first beacon of light Amy has seen in years. When her husband, a cop, is on a case, she gets in her car and she drives as fast as she can, all the way to Islamorada.

But the bruises haven’t yet faded, and it’s not like Lucy, her siblings, and her mother can go back to how things were before they abandoned each other. Amy struggles to hide her true reasons for her appearance on Islamorada, and finds herself totally enveloped with the family she once loved.

The Archers don’t give up so easily—and it doesn’t take much for them to realize the depths of horror Amy has escaped from.

Slowly, Amy begins to piece together her life. She becomes part-time chef at the Archer House, removes her wedding ring, rekindles old friendships, and even finds herself out to dinner with a handsome old flame, a painter named Noah.

But no matter what, Amy knows she can’t escape her past.

Her husband promised her he would make her pay if she hurt him.

She knows he’s only waiting for the perfect time to attack.
more
Amazon Other stores
Bookmark Rate Book

The 'The Archer Inn' series

Similar books to 'When The Stars Align'

All books by Kimberly Thomas  ❯

Buy 'When The Stars Align' from the following stores: