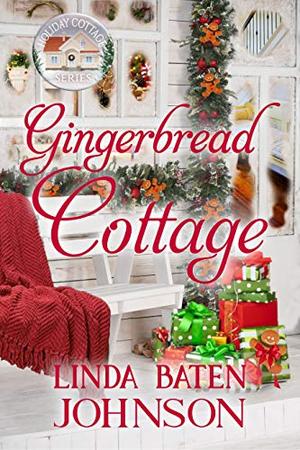 The Holiday Cottages are magical places, where those who come to Sprucewood, Colorado, to “get away” find themselves and their hopes renewed, relationships kindled, and dreams coming true.

Carrie Highsmith’s career is threatened when her boss insists she secure a contract between a toy manufacturing company and an elderly couple before the end of December, or else. She can succeed and become a partner or fail and file for unemployment. Carrie rushes to Colorado, where the land is located, and rents the Gingerbread Cottage to serve as her base while she negotiates the deal. Her mission, however, faces a handsome obstacle, Matt Wilder, a Sprucewood lawyer.
Matt, who represents the local landowners, stays one-step ahead of Carrie in her attempts to seal the agreement. After living in Chicago for several years, Matt gives up his successful life and returns to the place and people he loves and who love him. He’s protective of the couple who own the land in question and intends to make certain no outsider takes advantage of them.
Who will win the battle of wills, the small-town lawyer or the driven career woman?
more
Amazon Other stores
Bookmark Rate Book