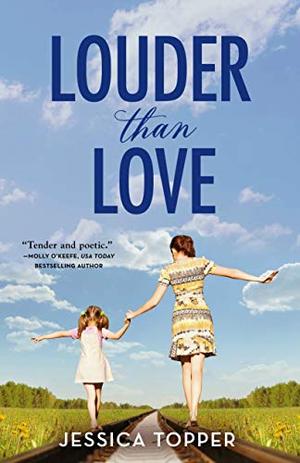 In this powerful debut novel, a young librarian grieves the loss of her husband...and discovers a love that defies classification.

It's been over three years since a train accident made a widow of Katrina Lewis, sending her and her young daughter Abbey back to the suburban town of her youth...the only place that still makes sense. Lauder Lake is the perfect place to hide and heal.

Recluse rocker Adrian "Digger" Graves survived the implosion of his music career, but his muse has long lain dormant. Until Kat hires him to play at her library—not on the basis of his hard rock credentials but rather, because of the obscure kids' TV jingle he wrote years ago. In a case of mistaken identity, Adrian stumbles into the lives of Kat and her comically lovable daughter.

Using tattoos as a timeline, Adrian unfurls his life for Kat. But as the courtship intensifies, it's unclear whose past looms larger: the widow's or the rocker's. Will their demons ever rest, or will they break these soul mates apart?
more
Amazon Other stores
Bookmark  Rate:

'Louder Than Love' is tagged as:

Similar books to 'Louder Than Love'

Buy 'Louder Than Love' from the following stores: