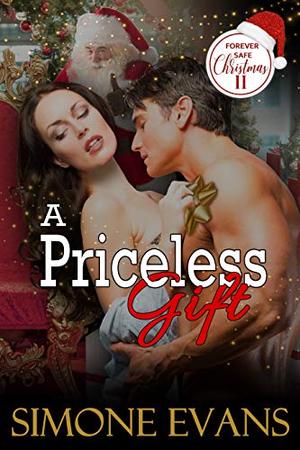 'A Priceless Gift' is book 8 in the Forever Safe Christmas II series.

As a journalist, Nolan Grimwald had seen it all – the good, the bad, and the truly ugly. His belief in humanity has been jaded for as long as he could remember and his belief in the holidays had died a long time ago, too. So, when his editor assigns him to cover the arrival of Santa Claus at the local department store – Edmund’s on Thirty-Fourth Street – Nolan wasn’t sure how he would write the fluff piece. Not to mention, the joy and goodwill he found when he walked in the door of the old-fashioned, upscale store only caused his head to pound.

The Thanksgiving Day parade and the arrival of Santa Claus at Edmund’s department store was exactly what Joy Hollas needed. Each year she returned to her hometown to spend time with her family. Her busy work schedule as a freelance web designer left little time for a social life, so taking the time between Thanksgiving and New Year’s off to rejuvenate back in Edmundton had become her yearly tradition. Joy may not have a husband or children of her own, but a small-town holiday with her sister’s kids was close enough, right?

Can the Edmund’s department store Santa bring Nolan and Joy the priceless gift they need or will Nolan’s bah humbug ruin things before they even get started?
more
Amazon Other stores
Bookmark Rate Book

Similar books to 'A Priceless Gift'

All books by Simone Evans  ❯

Buy 'A Priceless Gift' from the following stores: