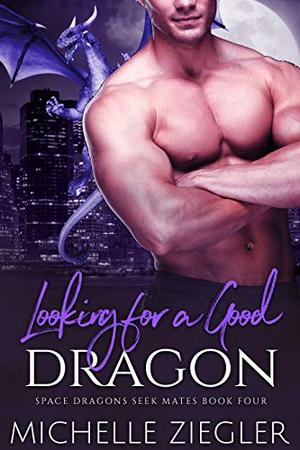 All Irene wanted was freedom. What she got was an overprotective dragon and a crash course in men.

Irene did it. She finally got away from her fathers clutches and his evil minions.

She’s not looking for a happily ever after—all she wants is to stay under the radar and make it on her own. She’s even got herself a job, as a waitress in a strip club.

The tall, dark, and serious shifter in the corner has her on edge, though. Not because he scares her, but because her body seems to want him regardless of what her head says.

And sexy dragon shifters aren’t anywhere close to under the radar.

It’s only a matter of time before daddy-dearest finds her, and if this dragon wants to keep her, he’ll need to prove to her that his skills are stronger than a panty melting kiss.

He’s going to have to battle her past demons and protect her from the one man who could ruin it all.
more
Amazon Other stores
Bookmark Rate Book

Buy 'Looking for a Good Dragon: A Dragon Shifter Fated Mates Novel' from the following stores: