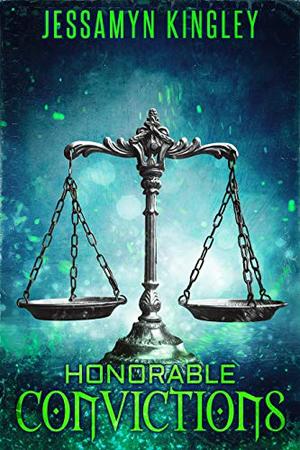 From the moment he is resurrected, Mitchell Brooks is full of ambition and determined to win at all costs. The fresh recruit pushes himself to the limit and earns the title of Juris Knight, a highly respected position within the Order of the Fallen Knights. Mitchell wants to be the best of his graduating class, but the task is impossible because there is someone in his way—the man who happens to be his mate.

Pierson Murphy is brought to life with the gift of a perfect memory and miserable resurrection sickness. After three days of suffering, he begins his journey toward Juris Knight and excels, achieving perfect scores on every aptitude test. However, Pierson struggles with an inability to relate to everyone—including the man supposedly destined to be his other half.

They keep their matebond a secret and after weeks of discord, they are sent to different cities and go their separate ways with bitter confrontations their only memory. A century later, Pierson has a spotless reputation and zero friends. Horribly burned out and aching for something more, he transfers to another office.

His reassignment is the impetus Mitchell needs to end the fierce competition with the man he should have treasured, and he shows up on Pierson’s doorstep, prepared to start over. However, Pierson is ready to move on and wants anyone other than Mitchell. With so many barriers standing between them, is it possible to find love and honor Fate?
more
Amazon Other stores
Bookmark Rate Book

All books by Jessamyn Kingley  ❯