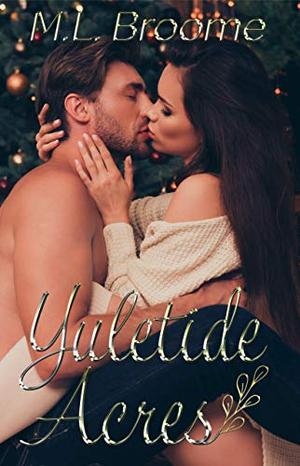 ★★★ A spicy, second-chance romance involving a free spirit, a drool-worthy single dad, his precocious six-year-old daughter, and a healthy dose of holiday magic. ★★★

I loved Dylan, but he left anyway.

He slipped away in the middle of the night with no warning, and he never returned. He didn’t even say goodbye. An abrupt end to the biggest love affair of my life.

Sounds like lyrics to the latest country song, but every word of this ditty is true.

Even now, ten years later, the man still haunts my memory. Is he healthy? Happy? Sexy and delectable?

Imagine my surprise when I move to a small Montana village, only to learn the mayor is the same man who ghosted me years earlier.

To answer that last question, the term delectable doesn’t do Dylan justice.

There’s only one obstacle to our joyous reunion. He hates me. At least that’s what I thought…until he kissed me.

The feelings between us still burn hot, but my heart was torched once by Dylan West.

Do I risk the fire or run for safety?

My biggest regret was leaving Poppy ten years ago. But she was a free spirit, and I needed to grow up and join the real world.

So, I left her—along with my heart—in the California desert, returning home to my tiny Montana town.

Time moved on, and I thought I had, too. Until one fateful morning when I went to greet our town’s newest resident and my past collided with my present.

Now, she’s under my skin, just like before, sexier and feistier than ever. I want nothing more than to make her mine, but I doubt a single father holds much appeal for a woman like Poppy.

There’s only one solution—I can’t let her near my heart again.

But I know the idea is moot. Poppy has owned my heart all along.
more
Amazon Other stores
Bookmark Rate Book