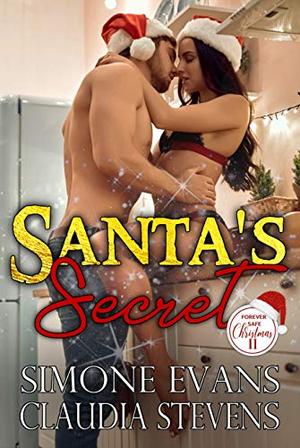 Prudence – Pru – Merriweather is a lonely, awkward art teacher with a kind soul. So, when the holiday season arrives and the rec center where she works begins organizing their Giving Tree charity event, she agrees to help her boss with the details. But when one mishap after another has her dealing with the representative from Cornelius Logistics, the sexy man ties her in knots and causes Pru to botch their first meeting. When she gets a second chance at making an impression, will she bumble it like the first?

Andrei Willems was born into a family of means, but he’s never been one to rub it in others’ faces. When his mother persuades him to help out with a lower-income charity event, he is ready to write a check. However, his mother doesn’t want him to just write a check – she wants him to donate his time as well. What mother wants, mother gets. But will he be able to keep the secret of who he really is when he meets the beautiful woman who is part of the charity event?

Will Andrei be able to keep his secret long enough to win Pru’s heart? Or will Pru’s inexperience ruin the holidays for both of them?
more
Amazon Other stores
Bookmark Rate Book

All books by Simone Evans  ❯