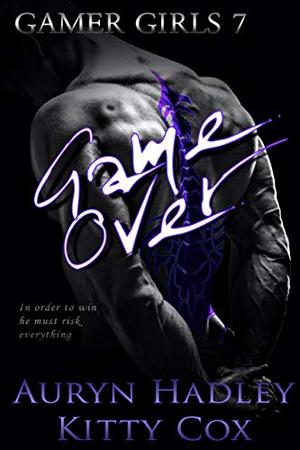 In order to win, sometimes you have to risk everything.

The incel group, Kings of Gaming, has hit too many of the top gamers. In big ways or small, they've all suffered. For Special Agent Jason Raige, this case has become his life – in ways he never expected.

These victims are now his friends. They've been there when he needed them the most, and he's made them his informants. Together, they're a virtual army made of geeks and hackers. One he's about to unleash on the men who are trying to destroy any woman they can.

That's the biggest mistake they've ever made. If these fools think this will make him back off, they're about to get a big surprise. Fighting battles online is one thing, but when it's taken to the real world? That puts them in his crosshairs.

For years, he's done everything right, played within the rules, and obeyed the law. Going after the people he loves? Screw justice. Those fools have no idea what kind of monster they've just unleashed.

This is going to be a death match.
One way or another, the game is over.


The Gamer Girls series features strong women and the men who love them. Knowledge about gaming and/or gamer culture is not necessary to enjoy this story. Graphic language and situations that are suitable for a mature audience are included. GAME OVER is a standalone novel which moves forward a larger story.

'Game Over' is tagged as:

Similar books to 'Game Over'

Game Over
Game Over
(Gamer Girls #7)

Buy 'Game Over' from the following stores: