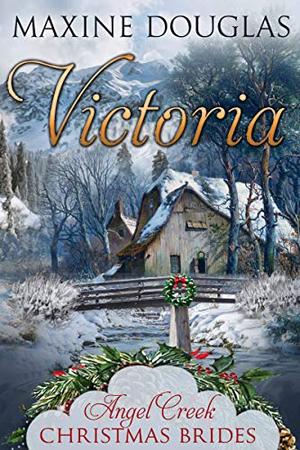 What could make life worse than it is? Living with a man who may never understand her need for independence.

Five years after the end of the Civil War, Victoria Montgomery has lost everything in her life that mattered. Her parents, her home, security, her freedom, and all hope of ever being happy again. Despite her reservations, she decides to honor the arrangement made by her father before his death to marry a man he chose in Montana Territory.

What could be worse than living ranch life alone? Committing to a woman who might believe he is only after her money.

Chance Turner retired his commission with the Union army and settled on a small ranch near the small town of Angel Creek. While many of the men in Angel Creek found their wives through the Groom’s Gazette, Chance is not ready to make room in his life for a wife of his own. Then a letter arrives from Edmond Montgomery, a shipping agent and business associate in Wilmington, describing the dire straits of the Montgomery shipping business, his home, and family. Against his better judgment, Chance agrees to marry the daughter and keep what is left of the shipping finances safe for her.
more
Amazon Other stores
Bookmark Rate Book

All books by Maxine Douglas  ❯

Buy 'Victoria' from the following stores: