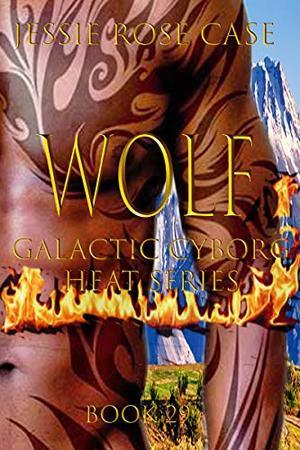 This is a Happily Ever After, Galactic Cyborg Heat Series, Hot Romantic Fiction Novel. A tantalizing story of passions and desires, that brings two very different people together in a way they never thought possible.
This is a standalone novel but can and is more complete by reading the series in order starting with Book 1 Rage. But not doing so, will not spoil your enjoyment.

NOTE TO READERS: If you love the work of Anna Hackett and Eve Langlais you will love this. This is a sci-fi romance, filled with hot sex, strong dominant men and sexy females who know how to hold their own. It’s gritty, confrontational and steam will be coming out of your ears. If you’re looking for something to get those juices flowing, you just found it. Enjoy!

They are on Earth searching for answers and their lost mates.
The Cyborg Empire has sent them back to the place of their creation. A place that only holds memories of pain and damage. To chase down the descendants of those that made them possible. Even with his emotions turned off, he knows he does not wish to be there. It holds nothing for him, but he will do his duty as will his men.

The Empire needs information. Information that is likely lost to time and they cannot give up. After so long and so few mates found, Cyborgs were shutting down, going into stasis. Lost hope was the diagnosis. They had all there was on databases and electronic files within their universe, but they didn't have it all. No matter how long they'd looked, pieces were still missing. A chance encounter on a lost world told them that everything might not be so lost after all. Their creators were secretive and hoarders. Files had been found that were old singular systems and surprisingly on paper with a descendant of a known scientist who’d worked on them and left earth in search of a better life.
It told them there was a chance what they were looking for was still held on old systems and archaic paper, isolated and saved somewhere on Earth and now the search was on. They needed that information. The base DNA code used to create the cyborgs. Within it held the key to finding their mates.
The one match that will make them whole at last. The one person that could hold a future for them. That would keep them alive and give them hope for the future.
If it is out there, he will find it. If she is out there too, he might not have much choice in taking her, but he will decide if she is worth the risk and if not, he will take what he needs before walking away. He had no compassion, they'd killed it. If she had a problem with that, he really didn't have the ability to care.

He is called Wolf for a reason.
Scenting and tracking is what he does best and now, he is on the hunt once more....
more
Amazon Other stores
Bookmark Rate Book