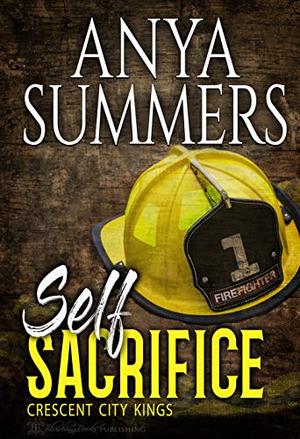 The opportunity of a lifetime…

Genevieve Holt headed to New Orleans to interview with one of the top advertising agencies in the country. It’s one of her most cherished dreams – to become an advertising executive before she hits thirty-five. She figured she would tackle the interview, and celebrate by spending a few days enjoying the fabulous French Quarter.

But all actions have consequences…

Firefighter Killian Raveau loves his job. It doesn’t hurt that in his profession, women throw themselves at him. He never lacks for female company if he wants it. And yet, there was a one-night stand that he wishes had developed into more. Then again, it could just be that he is at a crossroads professionally, and unsure of the direction he should proceed.

When that same woman appears on his doorstep three months later and drops a bombshell, totally upending his life, it leaves him rethinking all of his priorities.

Can Killian convince Gen to turn their one night into forever? Or will Gen’s strict dating policies get in the way?

Similar books to 'Self Sacrifice'

All books by Anya Summers  ❯

Buy 'Self Sacrifice' from the following stores: