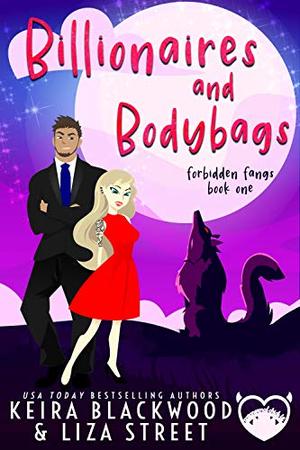 Being dead doesn’t mean you can’t recognize a hot shifter when he shows up glowering on your doorstep.

The Forbidden Fangs tattoo parlor is Marla’s business, her calling, and her hideout as she tries to escape her sire, “The Collector”—a creepy old man who “collects” vampires with special talents. As a vampire, she always feels cold, but she’s thinking the best way to warm up would be to snuggle in close to the shifter who just arrived spouting nonsense about her thieving cat, His Lordship King Snugglebumpkins.

Wolf shifter Grayson has two missions in Forbidden: 1) deciding whether or not to invest in the bed and breakfast, and 2) find the perfect plush animal for his nephew. But when he meets Marla, his two missions transform to 1) evading her evil cat, and 2) making Marla fall in love with him. He seems well on his way to succeeding in his new missions, until an ominous vampire from Marla’s past shows up, and his mission changes once again: protect Marla. She might be undead, but she’s also his mate.
more
Amazon Other stores
Bookmark Rate Book

All books by Keira Blackwood  ❯

Buy 'Billionaires and Bodybags: A Paranormal Chick Lit Novel' from the following stores: