The Ruined Throne (The Thraesian Saga #2) 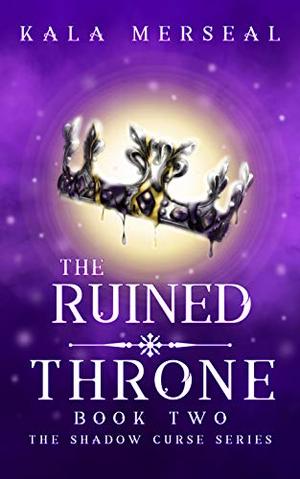 A forgotten soul and the dark god who controls him…

When Raethin Corvus wakes, he finds the princess gone, whisked away in the arms of the mysterious Kaevari Champion.
Fueled by desperation, he follows their trail to Sarcha, the City of Sun and the last crumbling remnant of resistance against the Kaevari army within the Visiel Mountains.

But Sarcha crumbles when Aeskrius strolls through the gates wearing the face of their late Crown Prince Aescion Waethis.

Ara Zypherus finds herself a prisoner in the towers of the Sarchan palace, a lone elven attendant and the mysterious Champion himself her only companions. Aeskrius seeks to own Ara, body and soul, and he will do anything to break her. Slowly, Ara folds as she discovers just who Aeskrius is.

Cirith, Raethin, and their companions travel to the Visiel Mountains on a rescue mission and along the way, they run into an old friend. Someone who knows the divine realms and the secrets they hold, and why Cirith’s old flame Zira won’t reveal who she really is.

Raethin must reach Ara before Aeskrius releases through the princess a power that the realm cannot behold.
more
Amazon Other stores
Bookmark Rate Book

The 'The Thraesian Saga' series

Similar books to 'The Ruined Throne'

All books by Kala Merseal  ❯

Buy 'The Ruined Throne' from the following stores: