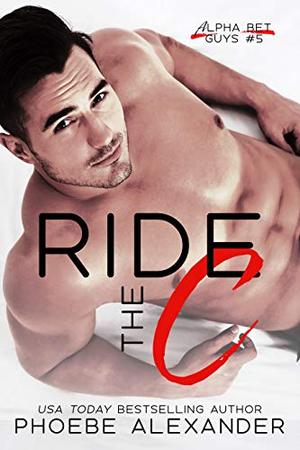 Two aging models taking on a media giant? It’s gonna be one hell of a ride...

Cruz Diaz has been modeling for nearly half his life. Even after earning his college degree, his heart is set on modeling. Too bad he’s past his prime for standard gigs and too young to be a silver fox. Stuck in this infernal in-between, what the hell is he supposed to do with his life?

He gets a big break when he’s asked to be a guest advice columnist for a well-known magazine. He’ll be working alongside former supermodel and fashion icon Mia Monroe, who turns out to be NOTHING like he expected. He wants to unpeel all her layers and celebrate the real Mia, but that will mean facing some uncomfortable truths about himself too.

When the magazine tries to manipulate them, raising a stink would put both their careers on the line. Will they ride into battle united or go their own separate ways? There’s so much at stake: their jobs, identities, futures...and their hearts.

Ride the C is part of the Alpha Bet Guys series, which is about five alpha’ish guys who like to make bets and the curvy women who bring them to their knees. Each steamy 20,000-30,000-word romcom novella can be read as a standalone.

Book 1: A Hole - Ace & Ella's story (prior to release date, you can find this story in the Big City Heat Anthology)

Similar books to 'Ride the C'

Buy 'Ride the C' from the following stores: