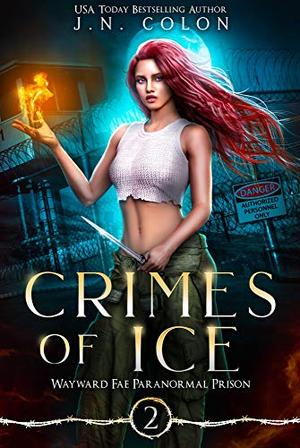 No one said being a magical assassin was easy…

I had one job in Wayward Fae Penitentiary. Kill the merciless unseelie prince. Instead, we’ve been bound by blood, and there’s no escaping him. Not even when he promises to make me suffer.

Viktor's torment doesn’t go as planned when the dochar alpha in the Otherworld seeks revenge, but I’m not so sure my death will satisfy the shifter’s thirst. And now that the Fae realm knows of my existence, others will come to stake their claim.

It’s not my blood they want, though. They’d rather enslave me.

As chaos descends on W.F.P., the Fae queen pushes me over the edge, and I fall into enemy hands.

Not even Viktor can save me now.

Everyone wants the throne. And if I don’t forgive myself and embrace my powers, they’re going to use me as a weapon to wage war.

Scroll up and one-click to find out if Sloane can survive her sentence at Wayward Fae Penitentiary.

***This is an upper YA/NA crossover best suited for age 17+. The steaminess increases throughout the series***

Similar books to 'Crimes of Ice'

Buy 'Crimes of Ice' from the following stores: