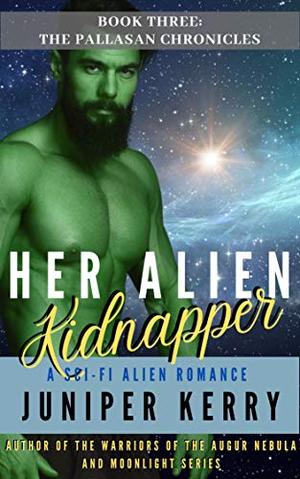 Ellen loves her human refuge, tucked away in the prairies on the planet Beshtast. She and her friends call it “HuManor,” and they’ve spent months making it into a home. But with the holidays coming, and time passing, she’s starting to feel isolated. Lonely. She’s begun to ask herself what she wants out of this life. She’s begun to wonder if there might be something more out there for her.

Some of the women are planning to travel back to the city of Xenyle. With new leadership in place, it’s safe to come out of hiding. Ellen decides to go with them. Who knows? Maybe she’ll even find the partner she’s always dreamed is out there. Someone kind and gentle, with a quiet demeanor and a steady, even temper.

Reger has lost his job, his home, and everything that matters to him. After years of commitment, he’s been betrayed by his best friend and left with nothing. Now his body has bonded with a human; one of the people responsible for destroying his life.

Even as he hides in the brush watching her, he hates her. Passionately, viscerally, completely. But his body has other ideas. When he hears of Ellen’s plans to return to the city, he knows what he has to do. He may hate humans and everything they stand for, but the pair-bond will not be ignored. And if he has nothing left, he might as well take something for himself.

Similar books to 'Her Alien Kidnapper: A Sci-Fi Alien Romance'

All books by Juniper Kerry  ❯

Buy 'Her Alien Kidnapper: A Sci-Fi Alien Romance' from the following stores: