by Kimberly A. Rogers 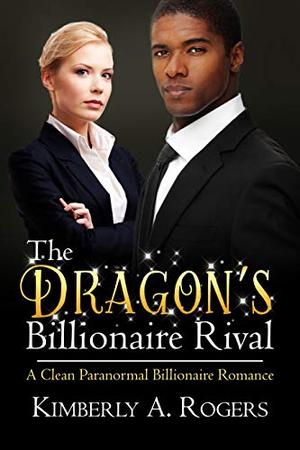 A dragon billionaire. The heiress of a rival company. They agree on nothing. When their companies are required to collaborate, will their rivalry blind them to something better than business?

Peter Krall is the charming one among his circle of friends. He knows his place in the family business of running one of the country’s preeminent PR firms. Lead with his charm and neither business rivals nor women resist for long. With one notable exception—the new VP of Communications for a rival paranormal PR firm.

Rebecca Halliman has always fought to prove herself worthy of being adopted into the Halliman legacy. Burying the truth about her half-siren was part of that battle. The other was earning her way through the ranks of her father’s company. Newly appointed to VP of Communications, she faces her greatest challenge when a high profile meeting between human and paranormal politicians requires her to work with her playboy rival.

The rivals could be a dream team in the making in and out of the board room. If they can ever have a conversation without arguing. However, when secrets threaten to break their temporary alliance as well as their companies, Peter and Rebecca could lose everything unless they choose to take a chance on each other.

Return to the Rogue Spotter Universe and meet the paranormal billionaires who thrive in both spotlight and shadow. Fae and dragon alike, only the most daring of loves could ever win their hearts. The Fae Billionaires take place in the time gap between Books Five and Six of The Therian Way and feature several side characters from the Rogue Spotter Universe but can be read on their own.

The 'The Fae Billionaires' series

Recent books by Kimberly A. Rogers

All books by Kimberly A. Rogers  ❯