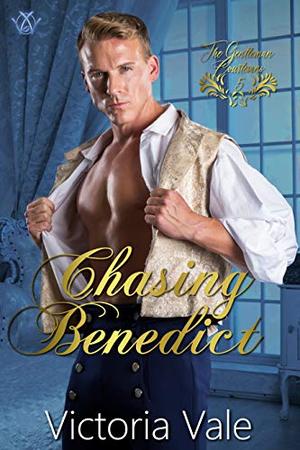 Benedict Sterling founded The Gentleman Courtesans agency to assure financial security for himself and his friends. Unfortunately, the efforts of a spiteful gossip-column writer threaten to expose his secrets—including those that could see him ruined and ostracized. With everyone he cares about in the path of his enemy, he is determined to silence The London Gossip once and for all. But when a lover from his past returns seeking to make amends, Benedict is left grappling with the pain of his past as well as his present dilemma.
Lord Alexander Osborne, Earl of Vautrey, has returned to London with a singular goal—win back the man he loves. Unfortunately, their previous separation has made Benedict resistant to ever allow Alex into his life again. He’ll do anything to win the other man’s heart—including accept the terms of a contract that will temporarily set Benedict up as his courtesan. For now, Alex is willing to take whatever Ben is willing to give. However, in the end he will settle for nothing less than a future with the love of his life.
more
Amazon Other stores
Bookmark Rate Book

The 'The Gentleman Courtesans' series

All books by Victoria Vale  ❯