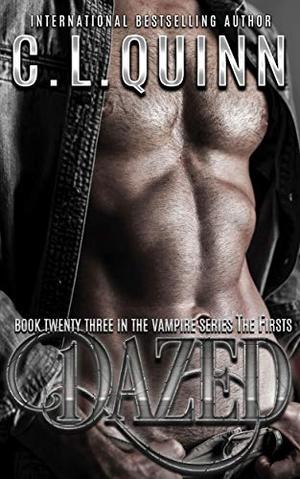 Running from a rogue group of First Bloods, Maccabee ended up in the one place he thought might be safe until he could figure out what to do about the situation; Patagonia, in the little Totem's cottage, where he'd had to shame her into letting him hide there. Induh's people weren't crazy about vampires, and Induh wasn't crazy about him. Still, he needed a safe place until he could get his community involved to protect their race.

Induh had been shocked that the vampire had chosen her village to hide in. Why in the world would he come to her? She would have to remain vigilant while he was here against becoming too involved with him. Vampires were too volatile, too sexy, too much for her quiet life.

Book 23 brings a startling discovery to the First Blood world, where their precious children are at risk. Join another sexy adventure in the ever expanding world of the First Bloods.
more
Amazon Other stores
Bookmark Rate Book

The 'The Firsts' series

Buy 'Dazed' from the following stores: