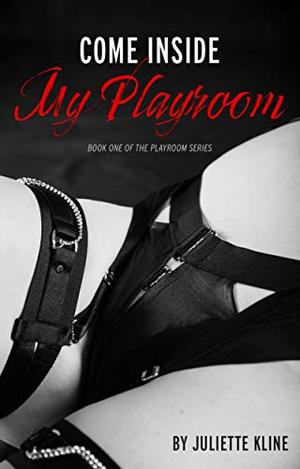 Leah longs for the sex she reads about in all the trashy books that litter the metal racks in the back of the airport newspaper stands. In fact, it’s something she’s wanted so much she’s taken to making a career out of it.

So why hasn’t her dream world become her reality? It’s a question she can’t stop asking herself. Yet when she finds herself challenged by a series of events that eventually plant the idea of building her own playroom for the sake of fulfilling her fantasies… will she accept? Is she ready to dive head first into the unknown? As she lets her dark and infinite imagination run wild, she begins to wonder can she really turn all her fantasies into a reality?

Yet, when Leah’s intention works, catching the eye of a hunky ADA named Bryce Thompson, it turns out her wish comes with much more than both of them bargained for. One that carries memories of a past she’s buried deep, and threatens the very relationship she’s falling in love with.

As she begins to uncover the truth, Leah begins to question whether she should search for the answers that both she and her boyfriend long for. Are some things better left buried, or will the unearthing of the truth lead to the end of their relationship, and all Leah ever hoped for…
more
Amazon Other stores
Bookmark Rate Book

Similar books to 'Come Inside My Playroom: Book One of the Playroom Series'

More books like 'Come Inside My Playroom: Book One of the Playroom Series'   ❯

All books by Juliette Kline  ❯

Buy 'Come Inside My Playroom: Book One of the Playroom Series' from the following stores: