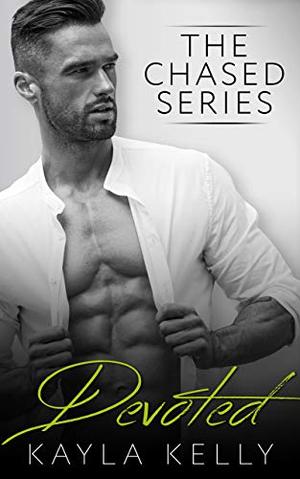 A Navy SEAL with a Troubled Past. A Medical Researcher in danger.

And a Tortured Hero that might lead to a second chance...

Landon: Katie Watson is the best woman I've ever met in my life. She makes me want to change everything to be better for her, but I'm scared. I've never felt so much fear in my life. I don't know what to do.

Katie: I thought getting away from Colin and his creepy plans for me would be my hardest challenge, but watching Landon try to fight his demons is far worse. If he goes back to the military then I don't think I, or anyone else, will be able to help him with his PTSD, but I can't make him stay just for me... even if it's what I really want.

If you like second-chance romances spiced with steam, suspense and hot love scenes, then read The Chased Series by Kayla Kelly. A Navy SEAL, Marine, and an older alpha male hero -- Landon encounters his most complicated mission yet when a woman from his past challenges his plans for his future.

The 'The Chased' series

All books by Kayla Kelly  ❯

Buy 'Devoted' from the following stores: