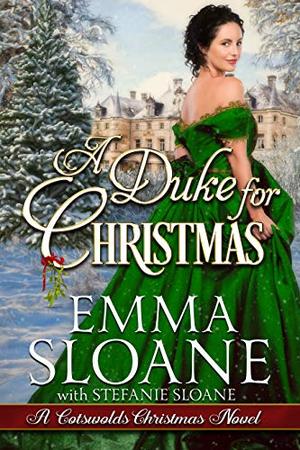 In Regency-era London, Lady Penelope Wentworth’s brief, arranged marriage ended in widowhood and she has no interest in being wed again. The Duke of Sheffield, Grayson St. Cyr, is a powerful aristocrat who has never met a woman who could tempt him into marriage. Given neither Penelope nor the Duke are interested in matrimony, no one would ever suspect them of matchmaking. Yet matchmakers they become, due to their sincere affection for the Duke’s heir and Penelope’s cousin. To facilitate the younger couple’s courtship, Penelope agrees to chaperone her cousin and spend Christmas at Sheffield Park, the Duke’s country home. During the month’s holiday at the large family gathering, there will be opportunities for the young couple to mingle and quietly deepen their acquaintance.

It never occurred to Penelope or Gray that Cupid might aim his arrows at them. Fate, and Cupid, however, clearly have plans. While Gray’s extended family approve of what they mistakenly believe is his subtle courtship of Penelope. Given Cupid’s fixed intent and the awkward attempts by Gray’s family to encourage a partnership, will Gray and Penelope end the holidays with an engagement by Christmas? How quickly can two people who don’t believe in marriage change their minds and fall in love? Perhaps Gray and Penelope truly are the best matchmakers in England, even when one of the matches was definitely not planned.

Introducing the first collaboration between historical romance author Stefanie Sloane and her new writing partner, Emma Sloane! Any book with Emma's name on it means two Regency authors talked over coffee (wine), came up with an irresistible idea, and worked together to bring a new novel to life, just for you. It's everything you love about Stefanie Sloane's books, now with added Emma!
more
Amazon Other stores
Bookmark Rate Book

Similar books to 'A Duke for Christmas'

All books by Stefanie Sloane  ❯

Buy 'A Duke for Christmas' from the following stores: