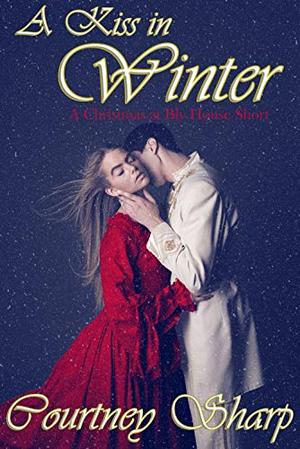 A snow storm forces two enemies to take shelter together...will they freeze alone, or will they keep each other warm?

Emmaline Browning loves Christmas. She loves the decorations, the anticipation of the annual party at Bly House, the cheer, and the time spent with her father and her three-legged cat, Charming. When her ailing father sends her next door to invite the county’s very own Scrooge to their home, she reluctantly complies.

Railway magnate Ross Marshall despises Christmas. Just like he despises his overly cheerful neighbor, Miss Browning. When she appears on his doorstep, he’s tempted to refuse her father’s request. But when a series of unfortunate events, including a feral cat and a fruitcake, forces the two of them out into an impending snowstorm, he begins to see Miss Browning beyond her forced, holiday cheer. As things heat up, Ross can’t help but wonder if the holiday isn’t so bad after all.

This steamy, holiday short is approximately 15,000 words long and is part of a series of stories, all connecting at the infamous Christmas at Bly House party.
more
Amazon Other stores
Bookmark Rate Book

The 'Christmas at Bly House' series

All books by Courtney Sharp  ❯

Buy 'A Kiss in Winter: A Steamy, Victorian, Enemies to Lovers, Forced Proximity, Christmas Romance Short' from the following stores: