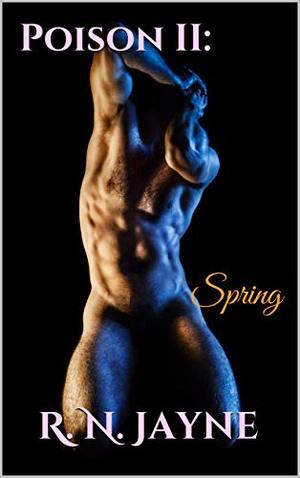 From the mind of Luc Stone:

Kurt doesn’t understand much about me. I can be elusive, vague, and secretive; yet he’ll forgive my transgressions the moment I slip it to him. Normally, I would have grown bored with a guy like Kurt by now. He’s far too predictable in most ways. But there’s that hint of defiance below his soft exterior. Beneath the sub lurks steel. I want to tap into that. Use it for my own means when I can.

Though his past actions would suggest otherwise, there’s something about Kurt that echoes boldness. During our first encounter on the subway last summer (when I pulled the old arm-brush-while-feigning-sleep maneuver on him), the way he pressed back against me—deliberately sneaky—piqued my curiosity. I’m rarely caught off guard, but he managed to rattle me just enough to get my attention. This naïve young piece of tail couldn’t see himself clearly enough to realize he needed my unique brand of pleasurable punishment.

A man like Kurt should be told what to do. He doesn’t like to make up his own mind. As much as he might protest at times, he’s secretly pleased when I order him around—treat him roughly.

And you know: I like giving it to him rough.

All books by Jane Bled  ❯