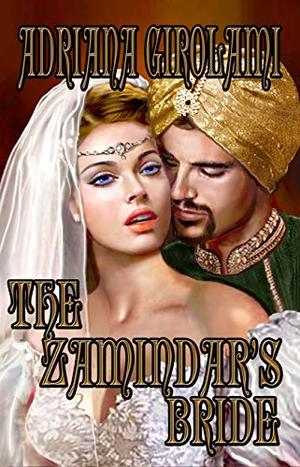 The Zamindar's Bride opens the doors to the glamorous royal courts of 19th Century Europe and the splendor of exotic India. They are the backdrop of the mysterious and passionate love between a handsome Indian Zamindar (Feudal Lord), and his beautiful Bride, an Italian Countess. Who is this splendid woman that captured the Zamindar's heart? Did their first meeting occurred somewhere in time?Is reincarnation a reality? Will history repeat itself, with fermenting intrigue within the Zamindar's Palace, as danger and death follow the young bride? Is she at risk because of the manipulations of the powerful Dowager, Laxmi Devi?Find out in the mysterious surprising, and romantic adventure of The Zamindar's Bride.
more
Amazon Other stores
Bookmark Rate Book

Similar books to 'THE ZAMINDARS BRIDE'

Buy 'THE ZAMINDARS BRIDE' from the following stores: