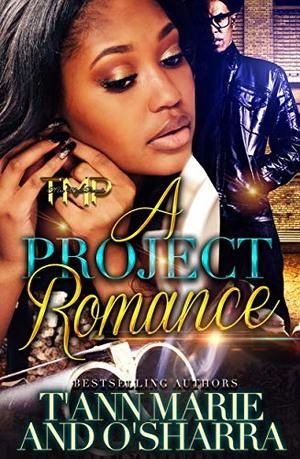 Most people dream of having a twin. A life long best friend, road dog and partner in crime. Unfortunately, it’s the total opposite for the Solomon sisters. As if they didn't share the same womb, they hate even breathing the same air. Growing up in the projects is hard enough, the last thing you need is for your own blood to be against you.

NaTasha; soft subtle and sweet, she's the more conservative of the two. Beautiful and curvy she would easily be any man's first draft pick but the constant torture and nasty remarks from her model sized twin, has her insecurities at an all time high.

Living in a raggedy ran down apartment with their drunk of a father, Tasha feels her life is over. Having to boost from local malls and department stores just to survive, she's growing tired of the project living.

With skills in the hair styling department, she has dreams of owning her own hair salon. Stumbling upon an unexpected love, Tasha may have found a man that could make all of her dreams come true. But what happens when that man is supposed to be off limits?

NaTisha; loud, ratchet and just plain ghetto. A pretty face with a bomb body to match, she's just that. With no goals or ambition, boosting is her life. Well, when she isn't looking for the next hood dude to turn a trick on for a quick dollar.

Being jealous of her twin sister since their childhood days, she does any and everything possible to make Tasha feel beneath her. Making her sister feel small is like a stroke to her ego. But what happens when a fine, rich, boss comes along and changes her sister's whole demeanor? A boss that Tisha has been checking for, for a while now to be exact.

They say in the projects is where it all goes down. After reading this drama filled novel, you will see that there are no lies told in that statement. Take a ride with these twin sisters and see just how much goes down in, A Project Romance!
more
Amazon Other stores
Bookmark Rate Book

Similar books to 'A Project Romance'

Buy 'A Project Romance' from the following stores: