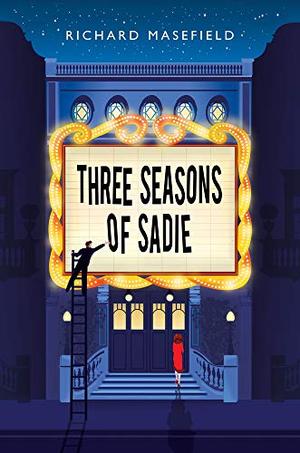 The sixties are in full swing – days of hedonism, youth culture and free love. Not so for Sam Ashby, a hormonally-charged country boy, busy navigating a turbulent adolescence.
Frustrated by his lack of success, especially with girls, nineteen-year-old Sam accepts the job of Assistant Stage Manager and general dogsbody at the Meads Theatre in Eastbourne, where his world’s about to change, in ways he could never have imagined.
Enter stage left Abigail Compton, imperishable star of stage and screen – to dazzle, to embarrass and divest poor Sam of his every last defence (including his best shrink-to-fit Levi Strauss blue jeans) on his way across the shaky bridge to adulthood.

The final playful episode in Richard Masefield’s quintet of Sussex novels and a
sequel to his bestselling Chalkhill Blue, Three Seasons of Sadie is a genuinely
funny rite of passage story set in the provincial theatre of the nineteen-sixties.
more
Amazon Other stores
Bookmark Rate Book

Buy 'Three Seasons of Sadie' from the following stores: