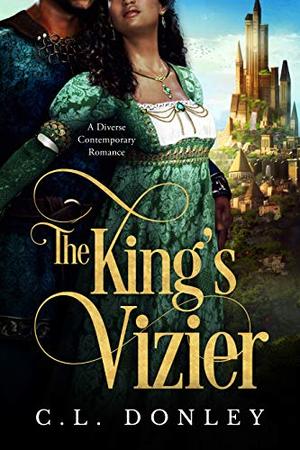 King Khoury of Manaf has come across an interesting piece of intel: the Princess of Ashwari has been hidden in America for 25 years. If the story proves true, the King would be able to form alliances with the war-torn nation, not to mention finally secure himself a bride. All he has to do is get the Princess to go along with his plan, which may be a challenge according to his good friend Belkacem Al-Malwali, King of his sister country Ghassan. The King decides to rely on his trusted vizier, educated in the States, to plead the King's case and vet the young girl to see if she is truly King Otieno's daughter. Will they be able to convince Princess Asha to leave the only home she's ever known, and be the Queen of both her country and his? Or will the burgeoning relationship between the Princess and the King's vizier complicate things even further?
more
Amazon Other stores
Bookmark Rate Book

Similar books to 'The King's Vizier: A Diverse Contemporary Romance'

Buy 'The King's Vizier: A Diverse Contemporary Romance' from the following stores: