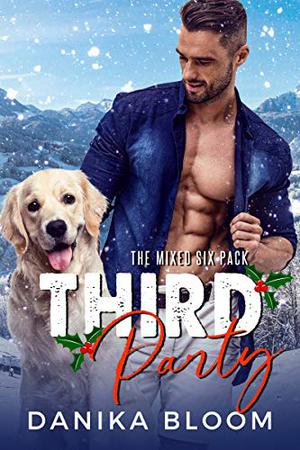 Turns out that old saying is true, that money can’t buy happiness. But it sure can ruin it.

Josh Rhodes was the love of my life. We were all set to do the ‘til death do us part’ thing.

But when the video game he’d been working on for years sold for millions, I realized I wasn't prepared for the 'for richer or poorer' part.

All I needed to do was prove that I could still support myself—if I had to.
All Josh wanted to do was support me—because he finally could.

But I’d seen what happens when a woman is financially dependent on a man. She gets stuck. Stays when she should leave.

So I took a well-paid temp job overseas. Just for four months.
When it became a year, Josh told me not to bother coming home.

So I didn’t. Until I did. Still broke and still madly in love with Josh Rhodes.
~~~

This is book 3 in the Mixed Six-Pack series. Each book features a different brother and can be read as a standalone. Never any cheating and HEA is guaranteed!
more
Amazon Other stores
Bookmark Rate Book

The 'The Mixed Six-Pack' series

First In
First In
(The Mixed Six Pack #1)

All books by Danika Bloom  ❯