When Fae Collide: Breaking the Veil 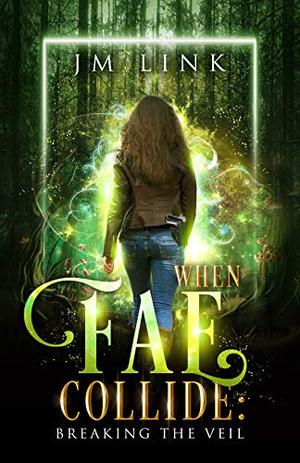 Long ago, there were born two worlds. Separated by two different universes but drawn together, time and again, by the primordial forces that birthed them. One ruled by magic, and the other, science...

My name is Denne. Alyssa Denne of Mars colony 51, also known as Areus. I remember watching it live, the day we launched the first ship to break the spacetime barrier in hopes of reaching the stars. I also remember what happened after because the space above Earth has never been the same since. That was over a year ago, and life in the colonies has a way of keeping you busy. There are rumors—crazy rumors. But I don’t really give them much thought.

Until the day an unusual transport arrives, looking for volunteers and mysteriously evading questions. A smart person would walk away. There’s just one small problem: their offer includes a trip back to Earth.

*This is a scifi-elven fantasy romance crossover with strong sexual content, including one intense M/M scene. Intended only for readers over 18*
more
Amazon Other stores
Bookmark Rate Book

Similar books to 'When Fae Collide: Breaking the Veil'

More books like 'When Fae Collide: Breaking the Veil'   ❯

Buy 'When Fae Collide: Breaking the Veil' from the following stores: