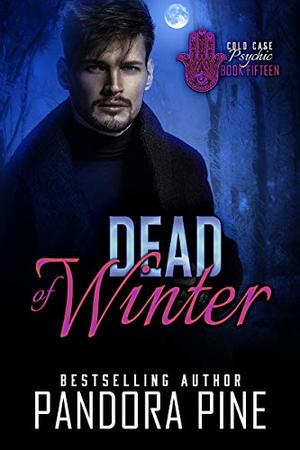 Happily settled into retired life, former Cold Case Detective Ronan O’Mara is made an offer he can’t refuse: Solve the thirty-year mystery of Skye Washington’s brutal murder. With a bevy of suspects ranging from the teenager’s family, friends, and a boyfriend with a shady past, Ronan is certain he’ll have this case solved quickly.

Psychic Tennyson Grimm has reservations over taking the case. He thought his crime solving days were at an end. As Ronan interviews potential witnesses, his psychic abilities aren’t powering the case forward as they used to in the old days. Ten’s qualms double when Skye refuses to name her killer and claims she doesn’t care if her murder is solved or not.

When one of the potential witnesses is murdered, the game is truly afoot. Who killed Skye Washington? Why? And most importantly, does the killer have others victims in mind?

Can Ronan and Tennyson solve these murders or will they be the next bodies to drop in the dead of winter?
more
Amazon Other stores
Bookmark Rate Book

Similar books to 'Dead of Winter'

Buy 'Dead of Winter' from the following stores: