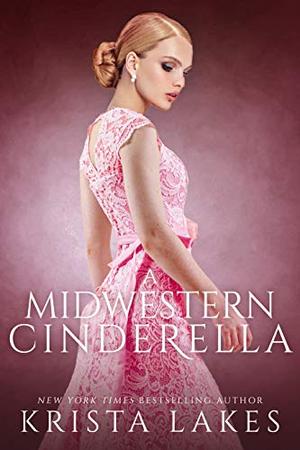 “I don’t care if you’re not royalty. You’re my princess.”

Zoey is hardly what you’d consider princess material. Born in flyover country, she never learned how to curtsy, let alone walk in high heels. And when she literally trips into the arms of a handsome stranger at her friend’s wedding, she thinks she’s finally found love.

Freddie Prescott is a charming prankster. Despite his carefree attitude, he pursues Zoey with an intensity that shows he can be serious when he needs to be. And with those rock hard abs and rippling biceps, his pursuit of Zoey is a satisfying one. Without realizing it, Zoey finds herself falling in love.

There’s only one problem: Freddie is a prince.

Spending a week without Internet access or phone reception has left Zoey in a weird predicament. He certainly left enough hints that he was rich and famous, but he never outright said it. And when the time comes for him to leave their vacation getaway, he asks her to come with him to the kingdom of Paradisa.

But Zoey can’t use the right fork, put her pinkie up for tea, or any of the things expected of a princess. Plus, there are those in the kingdom who don’t want an American close to the throne. How can she hope to keep Freddie’s love if she’s a stranger to his royal world?

NYT Bestseller Krista Lakes brings you this brand new sweet-and-sexy royal romance. This standalone novel will have you cheering for an American princess’s happily ever after.
more
Amazon Other stores
Bookmark Rate Book

Similar books to 'A Midwestern Cinderella: A Royal Love Story'

Buy 'A Midwestern Cinderella: A Royal Love Story' from the following stores: