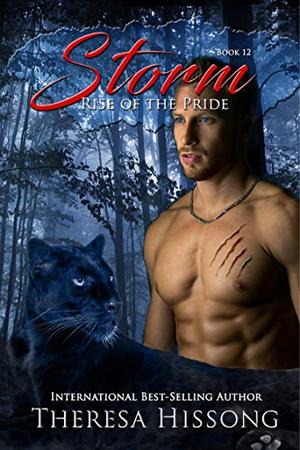 That’s all it took for Storm Cooper to lose his mind over the disappearance of Amaya Bradley. After her abduction, he makes it his personal mission to find her and bring her back to the pride after a captured rogue confirms the worst.

Amaya had been turned into his enemy.

Amaya Bradley tries to fight the voice in her head, telling her to capture and give human females her blood. The memories she has from her old life only center around the friendship she has with the panther pride. The longer she’s with the wolves, the less she believes she will be rescued. She holds out hope they are searching for her, and with each outing to find more humans to turn for the wolf alpha’s army, she prays they will find her.

When she’s rescued by the Guardian Storm, her world is changed, forever. He’s kind and caring, teaching her how to live as a shifter, but she has scars from her past. The animal that lives inside her gravitates toward him, knowing he is her home…the place she belongs, but will she be willing to tell him everything about her time as a human?

Storm vows to bring the rogue alpha to justice. When the male is found, Storm will risk his own life to return home with Amaya’s freedom so they can finally make the connection and confirm their mating.
more
Amazon Other stores
Bookmark Rate Book

The 'Rise of the Pride' series

All books by Theresa Hissong  ❯

Buy 'Storm' from the following stores: