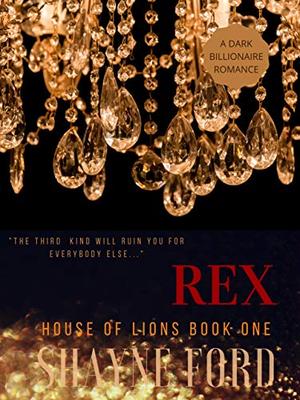 The first one wants her heart.
The second one wants her mind.
The third one teaches her how to do it.
But there’s a catch.
One of them ruins her for everybody else.

Luna Rae Winter, a San Francisco pre-Law college student, spends her summer break on the Golden Coast with her best friend, Frankie Mendoza.
The two young women look forward to an adventurous summer when the first day at the beach leaves them shaken after an unexpected twist of events.
The news is not all bad as a handsome stranger comes to Frankie’s rescue, piquing Luna’s interest.

Rex Jackson, the steel-blue eyed man who spends his time between his family business, motorcycle riding, and kite surfing, becomes increasingly intrigued by Luna Rae, despite having a hard time overcoming her distrust.

He knows what she needs, but something else is at play.

This is the first installment of the House of Lions Series.
The story spans across several books, and it will be complete at the end of the series. All books are connected and should be in order.
The book ends in a CLIFFHANGER.
The next installment will be published soon.
more
Amazon Other stores
Bookmark Rate Book

The 'House of Lions' series

All books by Shayne Ford  ❯

Buy 'REX: A Dark Billionaire Romance' from the following stores: