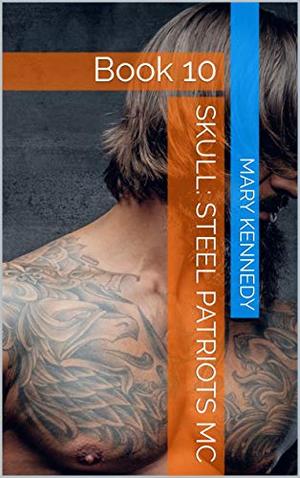 Scott "Skull" Crawford is living his dream. He's part of the Steel Patriots MC designing and building some of the most amazing motorcycles on the planet; living and working with his fellow brothers; and for the most part, avoiding the outside world. The scar on his face has forced him to feel as though he needed to hide for years. That is until a tiny little bit of energy, with long blonde hair and huge green eyes walks in the garage door and needs his help. She's turning his whole world upside down, and damn if he doesn't like it.

Willa Ross is a nerdy software designer who's only trying to do something nice for her oldest brother. When he and her younger brother both disappear, she has no clue what to do. Finding her way to Steel Garage, she meets the man she's been communicating with for months and he's more than she bargained for...way more! He's a mountain of a man that makes her heart stop and her body flush in all the right ways. Now she just has to convince him of that and that they deserve a chance.
The lamb will pursue the lion.

Will the tiny Willa take on Goliath and win? Or will they both win?
more
Amazon Other stores
Bookmark Rate Book