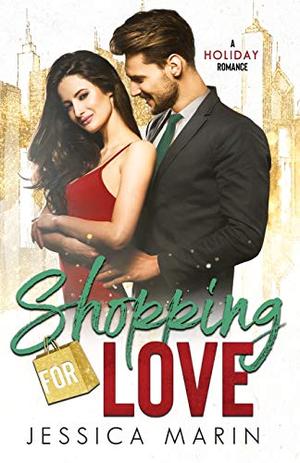 Warren Bentley knows there’s something special about Ariana Leighton from the moment the feisty little minx puts him in his place. Being the CEO of a multi-million-dollar company, he’s used to women throwing themselves at him. Yet Ari seems immune to his charm.

But Warren always gets what he wants... and he wants Ariana.
Nothing will stand in his way. Not even the fact that she’s one of his employees.

Ariana Leighton had her life all planned out until some devastating news turned her entire world upside down.

To make ends meet she becomes a personal shopper for Chicago’s most exclusive high-end department store, Bentley’s, and one of her clients happens to be the heir to the entire empire.

Ari usually doesn’t deal directly with the notorious playboy, but that all changes when he comes into the store for some last-minute Christmas shopping and melts her panties with his sexy smirk.

Warren makes his intentions clear, but Ari can’t afford to be distracted by his games. That is until he makes her an offer she can’t refuse.

Will Ari be able to resist the handsome bachelor, or will Warren succeed in melting the ice surrounding her heart?
more
Amazon Other stores
Bookmark Rate Book

Similar books to 'Shopping For Love'

Buy 'Shopping For Love' from the following stores: