Always the Widow (Never the Bride #9) 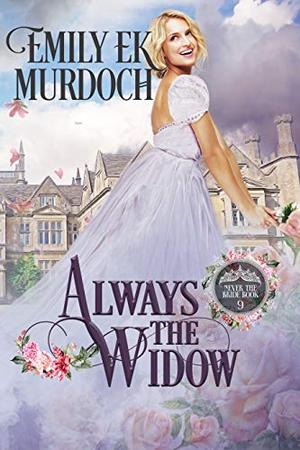 Always the widow and never again the bride—her one chance of happiness lost...

Once Elizabeth Howard was widowed, that's all anyone saw her as—but it does come with some perks. She's well-respected, of course, and no one is surprised when a dark gentleman leaves the house in the middle of the night. But that's not all he's left, and now, the thirty-four year old widow has a secret to keep for nine months.

Jacob Beauvale thought nothing of his romantic entanglement with the widow Howard last year, but his return to town with a fiancée brings a shock in the shape of a small child with his grey eyes. Gossip starts to fly, as Jacob ignores his intended to pursue a woman with a child—and Elizabeth knows the facts can never be known. He's determined to have the truth. She's sworn all along that it was her late husband's child. Knowledge is in the balance, and neither will give up their ground.

Will the truth of that night be more dangerous if known—and can Elizabeth and Jacob talk long enough to keep their hands off each other?

This full length novel is a steamy Regency romance with a happily ever after, no cliffhangers, and is part of a series that can be read in any order.
more
Amazon Other stores
Bookmark Rate Book

The 'Never the Bride' series

Similar books to 'Always the Widow'

Buy 'Always the Widow' from the following stores: